Ten-year-old Dujuan is a child-healer, a good hunter and speaks three languages. As he shares his wisdom of history and the complex world around him we see his spark and intelligence. Yet Dujuan is ‘failing’ in school and facing increasing scrutiny from welfare and the police. As he travels perilously close to incarceration, his family fight to give him a strong Arrernte education alongside his western education lest he becomes another statistic. We walk with him as he grapples with these pressures, shares his truths and somewhere in-between finds space to dream, imagine and hope for his future self.

In My Blood It Runs was shot in Mparntwe (Alice Springs), Sandy Bore Homeland and Borroloola Community, Northern Territory, Australia over the last three years. However Maya, the director, has been making films alongside Arrernte Elders and families at an NGO called Akeyulerrre Healing Centre for about a decade. These years of prior work with Arrernte families making films about the empowering work they are doing to educate their children in language, culture and identity is the foundation of In My Blood It Runs, which arose organically from those relationships.

The intimacy of the film and the delicacy with which it has represented the complex struggles of Dujuan and his families lives has been achieved through a deep and collaborative process between the filmmaking team and the family.

The Arrernte and Garrwa families in the film and the board of Advisors to the film are core partners and have been involved in robust consultation at all stages of production. This has been an ongoing process to ensure that each individual comprehensively understands the terms of involvement and has control over how their stories and images portrayed.

Some of the core pillars of our protocols include; fair credits ‘Collaborating Directors’ and ‘Advisors’, formal recognition of Traditional Owners of the land we filmed, meaningful and ongoing consultation, shared ownership and profit with those represented, capacity building for First Nations peoples within the film team and a team structure that has both Indigenous and non-Indigenous as the core creatives.

On release, the film will have an adjacent impact campaign driven by our Arrernte and Garrwa advisors and their vision for change. 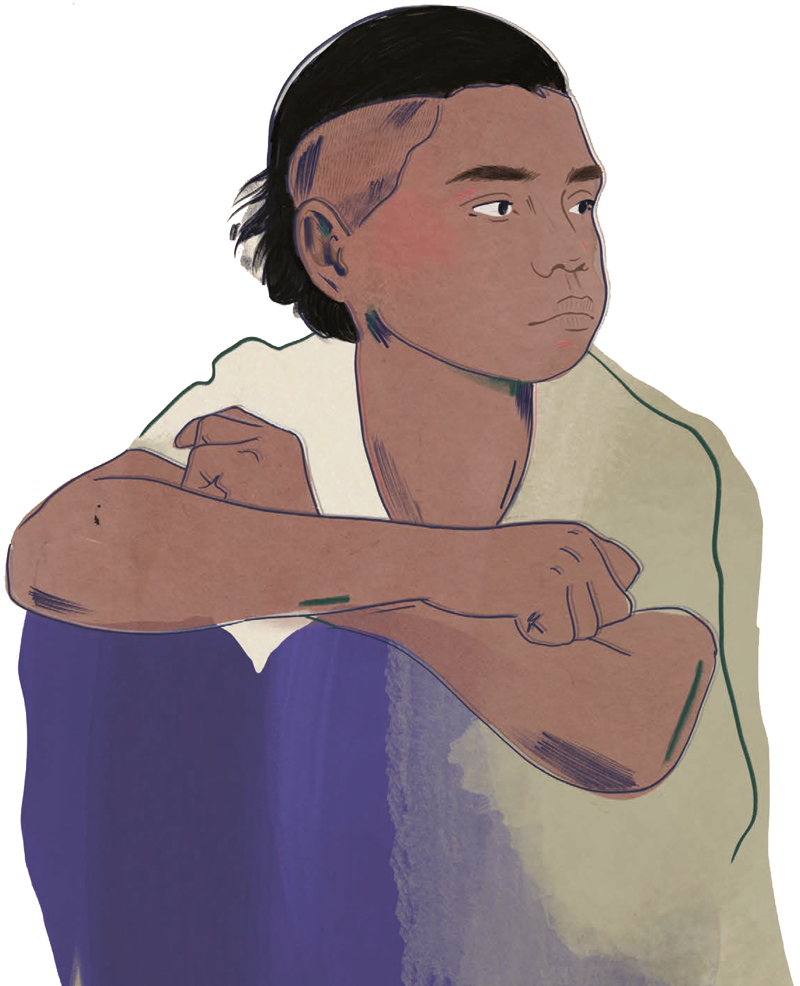 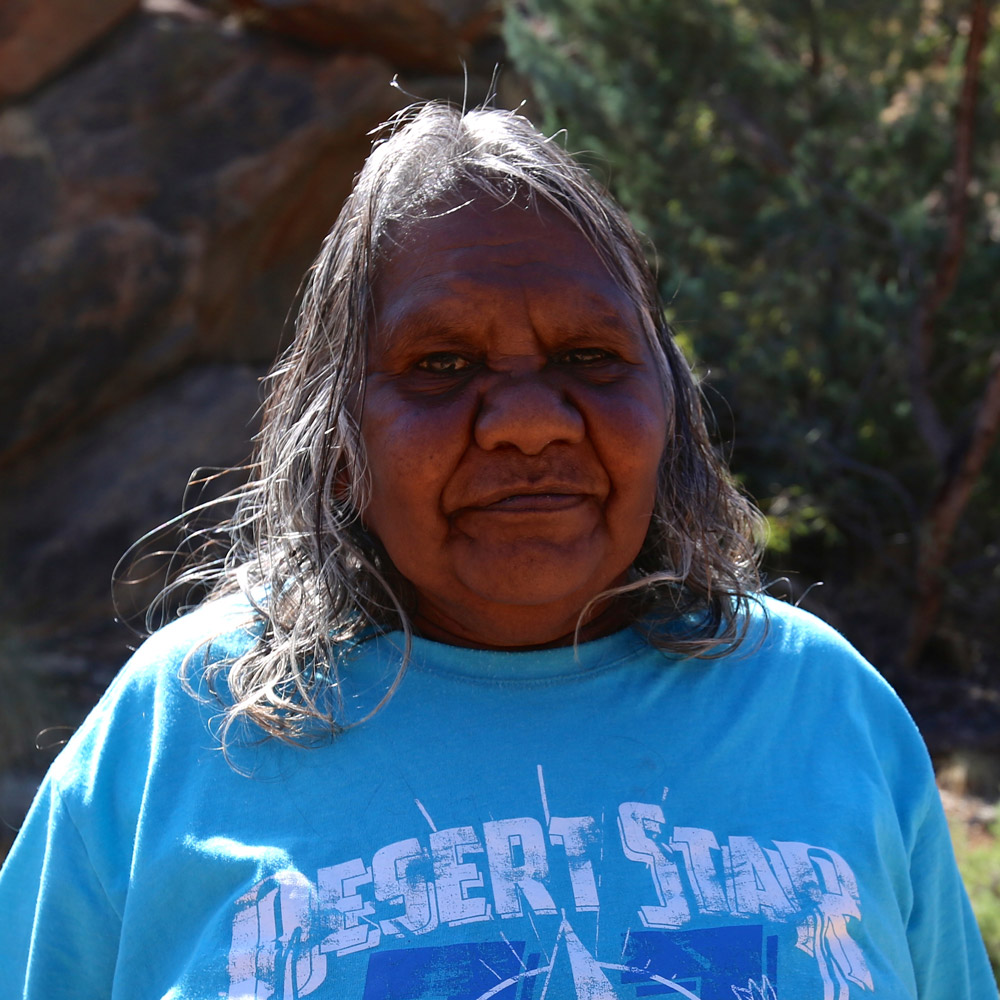 Felicity Hayes is an Arrernte Elder, educator and the recognised Traditional Owner of Mparntwe/Alice Springs. Felicity has campaigned for decades for social justice for her people, the right to live on her country and the right for Arrernte families to teach their children. Felicity has been instrumental working within the formal education system, sharing and teaching Arrernte language and culture. Felicity is one of the grandmothers who form the backbone of Children’s Ground in central Australia, providing leadership and direction on the learning, wellbeing and development of children at her home, Irrkerlantye (Whitegate Town Camp). Read more 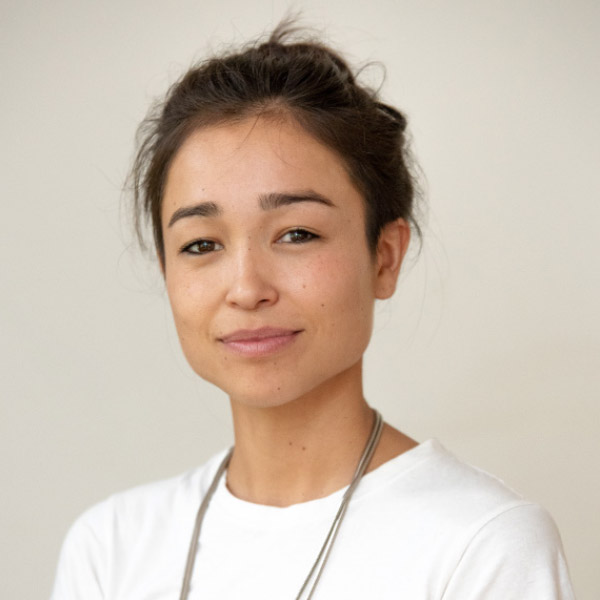 Maya is an Australian filmmaker with a focus on social impact documentary. In My Blood It Runs was selected for Good Pitch Australia 2016, the Sundance Documentary Fund and Sundance Skywalker Music and Sound Design Labs and is due for release in 2019. She has directed award-winning short documentaries, Two (AFI Docs, Slamdance, Winner AIDC emerging talent) and Growing Up Gayby (ABC TV) and her feature documentary Gayby Baby (2015). Gayby Baby was selected for GoodPitch² Australia 2014, premiered at Hot Docs, screened at London BFI, Doc Leipzig, Doc NYC, is on Netflix US and reached No. 1 on iTunes doc charts during it’s UK release. In Australia, the film famously caused a national stir when it was banned by the Australian State Government and is acknowledged as significant in the fight for Marriage Equality and Adoption Equality in Australia. Read more 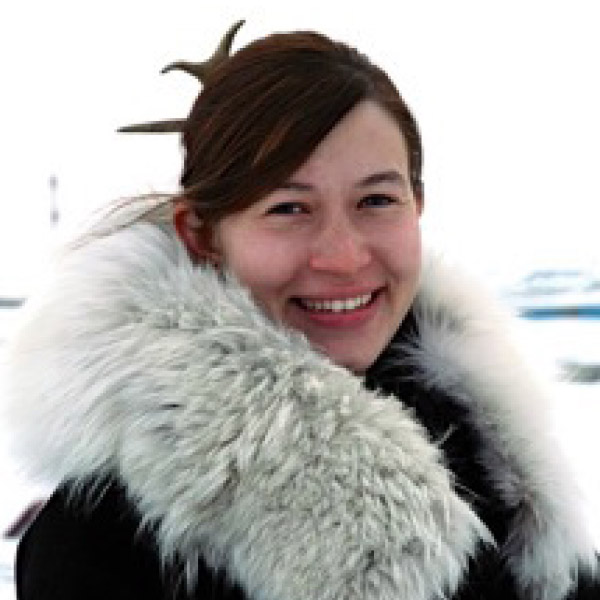 Rachel is a critically acclaimed Iñupiaq/Norwegian/Sami filmmaker and educator. She received the Sundance Fellowship in 2009 for her Iñupiaq Fantasy trilogy and short film, and her History of the Iñupiat was the first Native-funded, produced, written and director history documentary series in the United States. Rachel has worked in native educational reform Across Alaska, and led educational initiatives in Australia with communities in Sydney, Yirrkala, Jabiru, Cape York and country Victoria and worked alongside native education reform colleagues in Hawaii, Canada and New Zealand. Read more 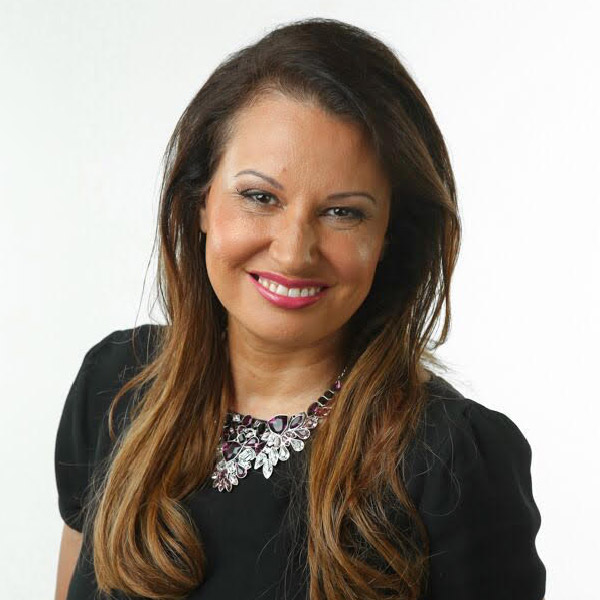 Prof. Larissa Behrendt is a Eualeyai/Kamillaroi woman. She is the Professor of Law and Director of Research at the Jumbunna Indigenous House of Learning at the University of Technology, Sydney. She is admitted to the Supreme Court of the ACT and NSW as a barrister. She is the author of several books on Indigenous legal issues and won the 2002 David Uniapon Award and a 2005 Commonwealth WriterÕs Prize for her novel Home. Larissa is a Board Member of the Museum of Contemporary Art, a board member of Tranby Aboriginal College and a Director of the Bangarra Dance Theatre. She was named as 2009 NAIDOC Person of the Year. She wrote and directed the Walkley nominated documentary, Innocence Betrayed that aired on NITV in 2014. Her short film, Under Skin, In Blood, screened at Sydney Film Festival and Melbourne International Film Festival in 2015. Her short film Clan won Best Documentary at the Canberra Short Film Festival and the Shorts Film Festival in Adelaide in 2015. She is the host of ABC’s Speaking Out on the National Radio network. Her feature documentary, After the Apology, which premiered at Adelaide Film Festival 2017 and screened at festivals internationally. Read more 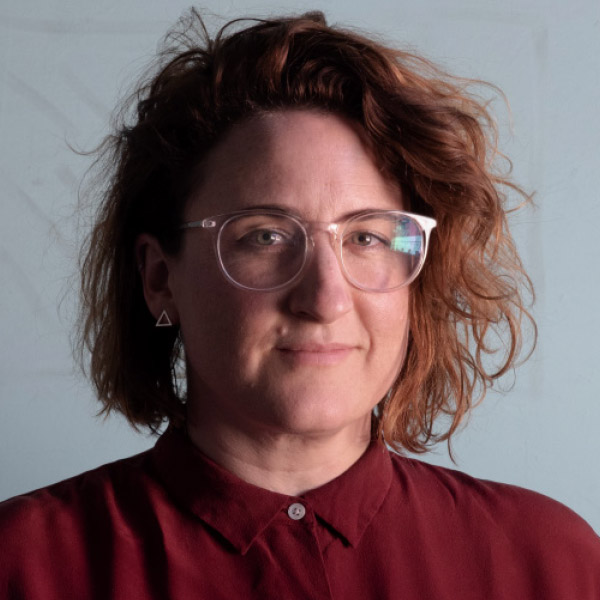 Sophie’s debut fiction film 52 Tuesdays (director/producer/co-writer) was set and shot every Tuesday for one year and won the directing award in World Cinema Dramatic at Sundance and the Crystal Bear at the Berlin International Film Festival. Her second film Animals, based on the acclaimed novel by Emma Jane Unsworth and staring Holliday Grainger and Alia Shawkat premiered at Sundance in January and will release in 2019. Her first episodic series F*!#ing Adelaide, which she created, produced and directed screened at Berlin Film Festival and Series Mania in 2018 and screened on Australia’s ABC1 and was the most watched show made specifically for their Iview platform. She produced and co-directed the acclaimed feature documentary Life in Movement, winner of the Australian Documentary Prize in 2011 and the Cinedans Jury and Audience prizes. She has been commissioned to make made screen based work for the National Portrait Gallery, Carriageworks and the Art Gallery of South Australia. She also works as a Producer and believes strongly in nurturing new voices. She was recently mentor and executive producer on A Field Guide to Being A 12-year-old-girl, the directorial debut of Tilda Cobham-Hervey which won the short film Crystal Bear at Berlin Film Festival last year. She produced Matt Bate’s feature documentaries Shut Up Little Man! An Audio Misadventure and Sam Klemke’s Time Machine, which both premiered at Sundance. She is currently in production as creator/director/producer of The Hunting, a 4×1 hour series for SBS. She is a co-founder of film collaborative, Closer Productions. Read more 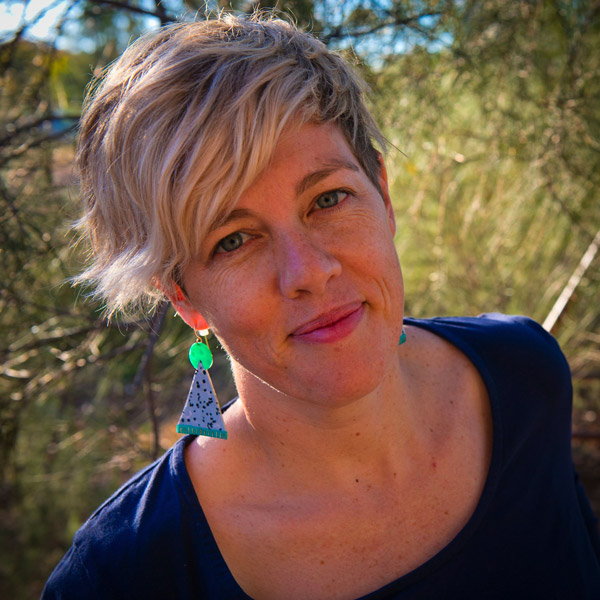 Alex Kelly is a filmmaker, artist and communications and campaign strategist committed to social justice. Alex worked for ten years with Big hART as Creative Producer of Ngapartji Ngapartji and was National Producer from 2012-2014. Alex’s documentary credits include producing Island of the Hungry Ghosts, THE ISLAND, Nothing Rhymes with Ngapartji and Pay the Rent and co-producing The Namatjira Project, production managing Coniston: Telling it True and directing Queen of the Desert. Alex was the Global Impact & Distribution Producer on Avi Lewis and Naomi Klein’s This Changes Everything project. In 2013 she was awarded a Churchill Fellowship and explored at models for social change documentary impact and engagement in UK, Canada and USA. Alex was a 2016-2017 Sidney Myer Creative Fellow. Read more 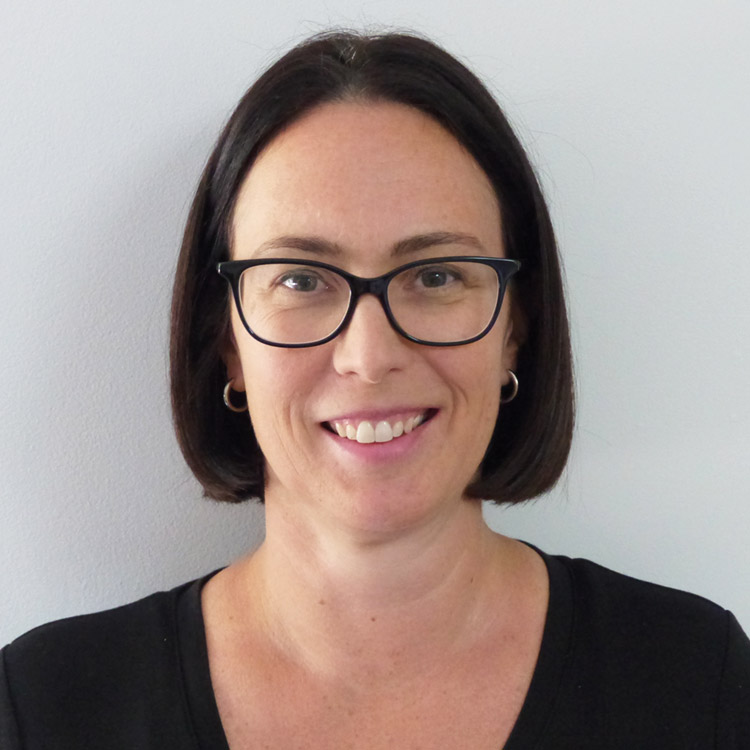 Lisa came to the film industry after a career in banking and has a strong background in accounting and finance. Lisa worked on the distribution and impact campaign for Gayby Baby (2015) and with Screen Impact on the distribution of Motorkite Dreaming (2016). In 2018 Lisa gained her Diploma in Production Accounting from the Australian Film and Television School. 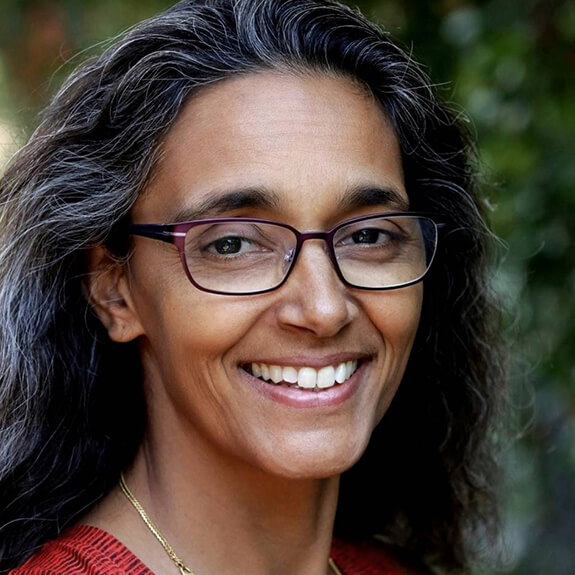 Jane Vadiveloo is the founding CEO of Children’s Ground. She has a Masters in Forensic Psychology and has a 20-year history leading reform and services provision with communities experiencing extreme disadvantage and trauma. She has lived in the Northern Territory for 19 years and has over 30 year connections with Arrernte people in Central Australia. In 2000 they founded Akeyulerre, one of the first organisations based on First Nations knowledge systems in traditional healing and wellbeing. She has worked with children, families and communities at high risk, establishing strength and justice based approaches to achieve long term change. She has worked with William Tilmouth for 15 years, culminating in the foundation and direction of Children’s Ground. Children’s Ground was created as a 25 year approach to ensure that future generations of children are afforded equity, access and justice to determine their futures – to have quality education, health, social and economic opportunities that privilege their first culture within a global context. Jane has consulted to Virgin Unite, the Northern Territory and Federal Governments, and Aboriginal Organisations in the Northern Territory. Jane was one of the Westpac Australian Financial Review 100 Women of Influence in 2014. Read more 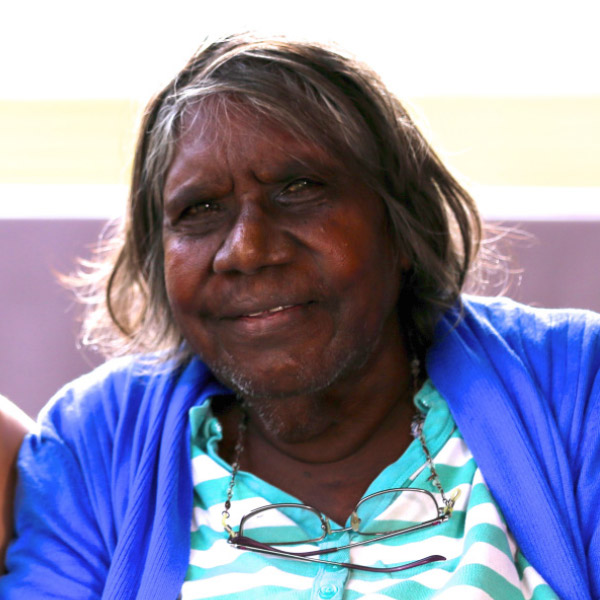 M. Kemarre Turner is a respected Eastern Arrernte elder, cultural adviser, translator, teacher, social justice champion, artist and author. In 1997 she was awarded the Medal of the Order of Australia for her service to the Aboriginal community of Central Australia, particularly through preserving language and culture and interpreting. She was born in Harts Range region, north-east of Alice Springs. She is recognised across the region as a ‘Professor’ – a holder of customary law, practice and knowledge. She is a qualified language interpreter and has taught language and culture and a cross-cultural courses in Alice Springs for 30 years. Ms Turner was one of the founders of Irrkelantye Learning Centre, focusing on intergenerational learning for Arrernte people. She also founded Ingarte Mikwekenhe. She is an elder to the board of Akeyulerre, a Healing Centre in Alice Springs dedicated to Arrernte culture and practice in traditional healing and wellbeing. She is Anangkere (Traditional Healer), law woman and leader. She has fought for the rights of Aboriginal people for over four decades and continues to fight for these rights today. She is dedicated to keeping Arrernte culture, life and language deep and rich for future generations. MK Turner is also a celebrated artist and author and has written three books. Bushfoods and Everything Comes from the Land were published in 2005. Her latest book, Iwenhe Tyrrtye – what does it mean to be an Aboriginal person? was published in 2011. Read more 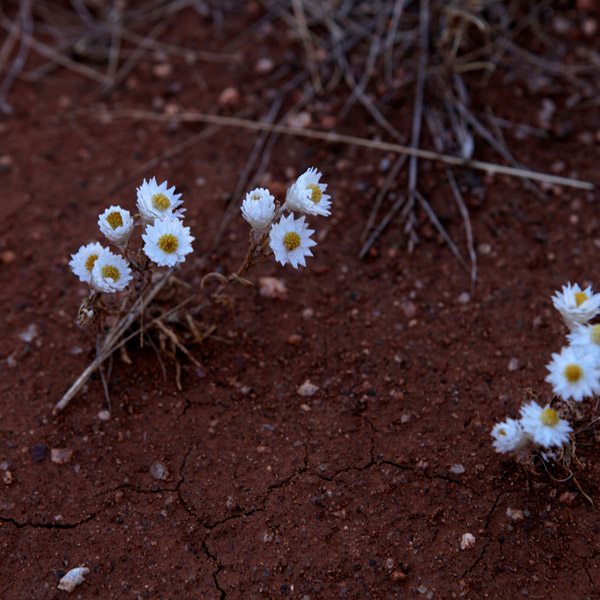 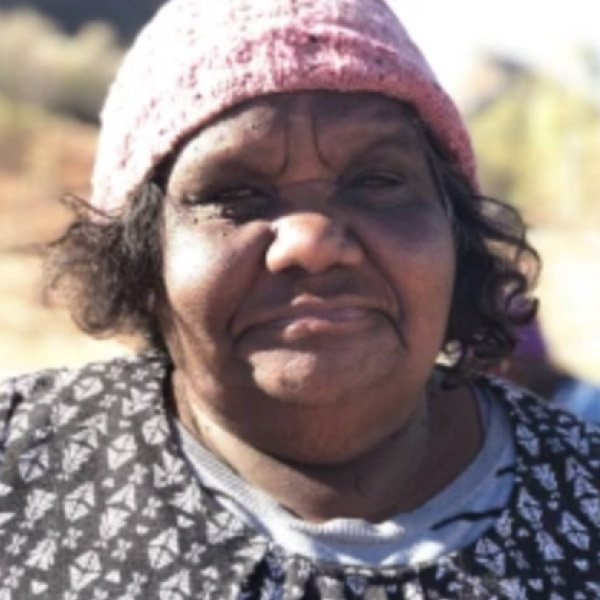 Amelia was born and grew up at Lytyentye Apurte (Santa Teresa). She went to school at Santa Teresa and in Melbourne. She lived in Maningrida for about 10 years. Amelia’s parents were and are both senior cultural leaders. Amelia is following in their footsteps, as a cultural leader, traditional healer (Ngangkere) and leading artist. She sits on a number of boards. 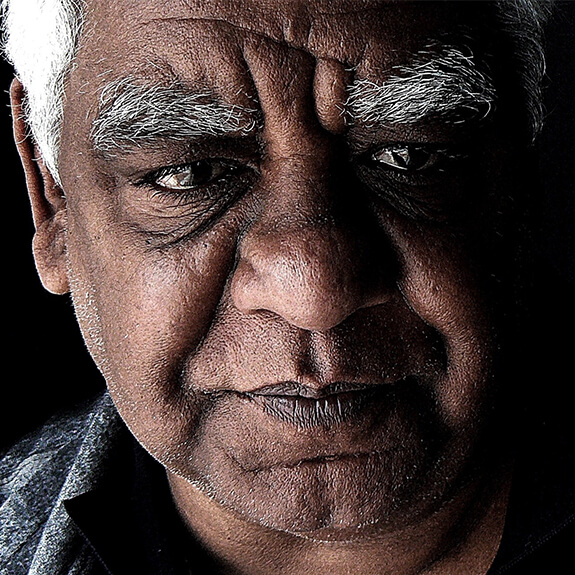 William was born in Alice Springs and is of Arrernte descent. A member of the stolen generations, William was taken to Croker Island where he lived and attended school with many other children sent there as a result of Government policy of that era. In 1967 he was moved off the mission to Darwin, and in 1969 returned to Alice Springs. He attended the Aboriginal Community College in Adelaide in 1974 and worked in many jobs in South Australia. He returned to Alice Springs in 1980. William has worked in various Government and Aboriginal organisations and was elected the Central Australian ATSIC Regional Chair in the 1980s. From 1988 to 2010 he was the Executive Director of Tangentyere Council. William believes that Aboriginal children and family and communities should have every opportunity to be empowered, and to own and control the decisions that affect them. He is now retired. Read more 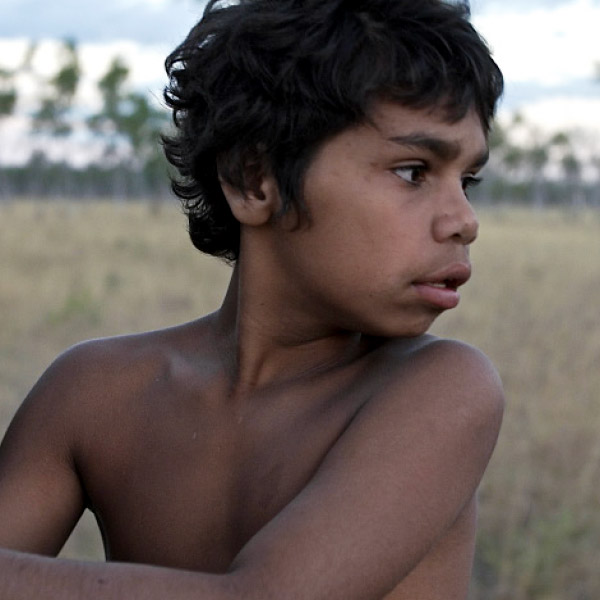 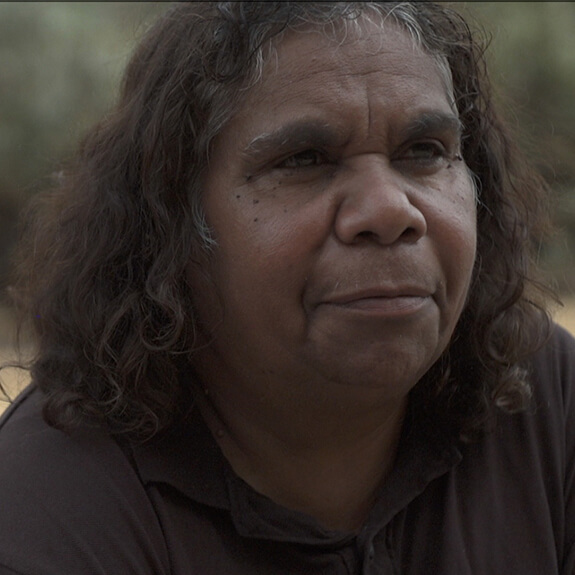 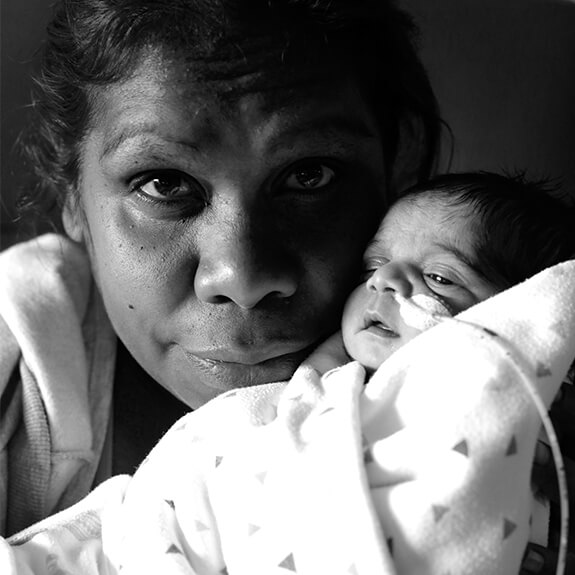 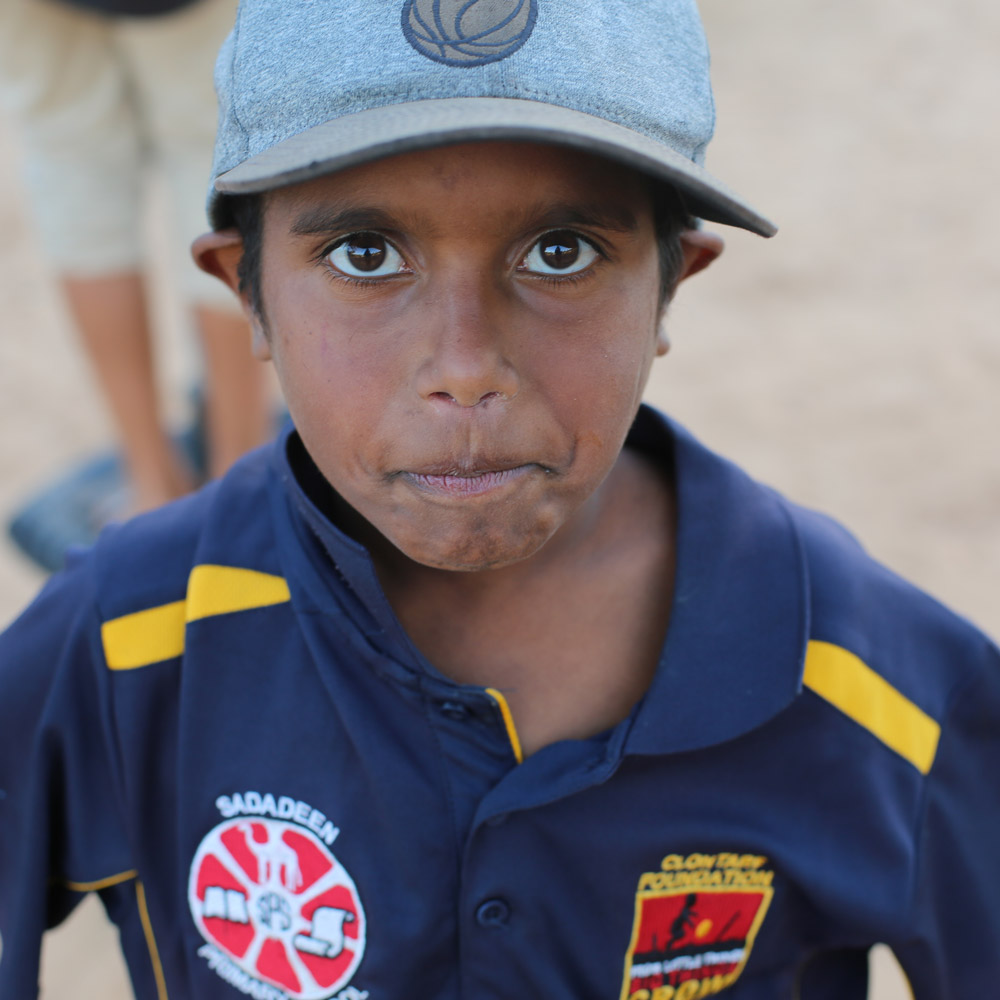 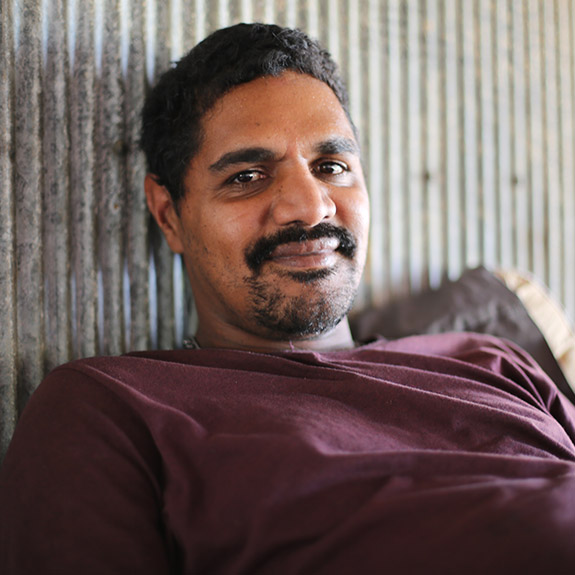 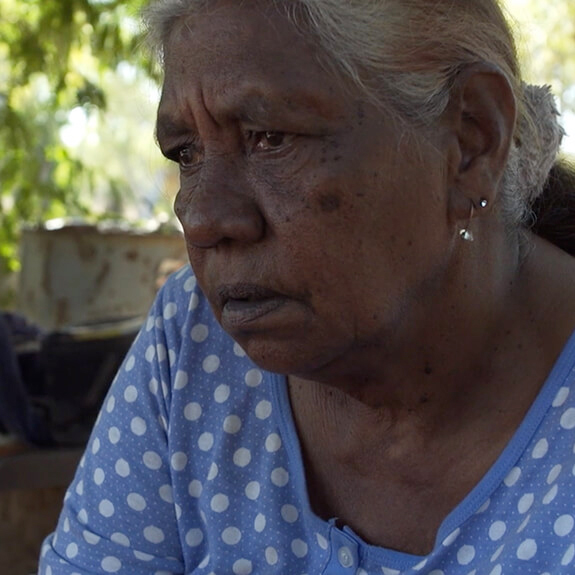 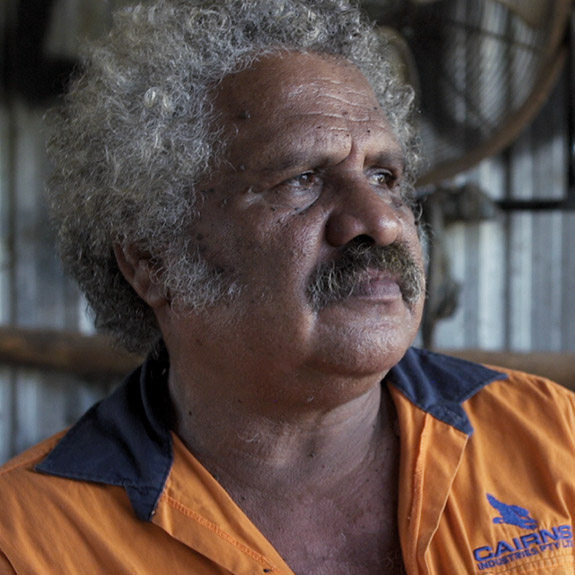 "I want our kids to grow up learning in both ways"

Additional Music by
Amit May Cohen