In My Blood It Runs shines a light on experiences rarely seen or understood in Australia, but ones that we know are critically important. We’ve already witnessed the impact that Dujuan’s story has on the people who see the film, from the UN to our festivals and partner preview screenings.

We want to share a recent experience with you that illustrates the power of Dujuan’s film, and why we are so determined to share it with as many people as we can.

Last year we worked with students at the University of Technology in Sydney (UTS) as part of their Visual Communication, Emerging Practices + Indigenous Design Synergies 2019 course.

Students watched the film, studied our principles of collaboration with those onscreen and were supported by Indigenous practitioners, researchers and Elders to break down the eurocentric point of view of modern design.

When the students saw the film they were deeply moved and they produced incredible work in response. We were bloody impressed by their musing on decolonisation and the calibre of work. Some of that work is even being used in our promotional materials. 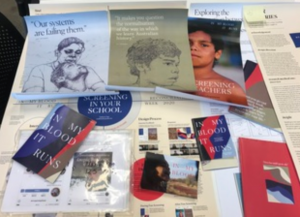 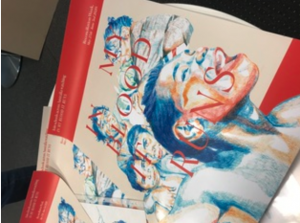 Students described In My Blood It Runs as “Unlike anything [they’ve] ever seen” and said “If you want to get a better understanding of your own connection to the land, you need to watch this.”

We were so moved by the student’s reactions to In My Blood It Runs, we really wanted to share them with you too.

Watch and share these reactions to In My Blood It Runs

We believe that everyone needs to hear Dujuan’s story and the experience of working with the students at UTS has shown us why.

We need your help reaching as many people in cinemas in February 2020. Help spread the word about this film by sharing this video and the trailer.

Maya and the In My Blood It Runs team.